How good it is to be part of a Christian/Catholic group! Whatever it is. By belonging to the group, we support each other and besides growing in faith and prayer, we learn to serve every day from the friends and fellow members with whom we form the group. To serve with joy, which is the same as saying that we learn to be better and more often than not with the added virtue of pure gratuity. With generosity.

If the group is duly set up with democratic rules, we also learn to join it with joy, as I have mentioned. At least this is how I have felt it in my service to the various Conferences of St. Vincent de Paul to which I have belonged, in which I have served or in which I have tried to serve, over a lifetime that has already been quite long.

Furthermore, in the many Catholic groups that I have known and with which I have never felt in competition. I was taught by the older members of the early days in the Conference to which I belonged, that we were all in the same boat and heading for the same voyage as far as the desire to reach the same port was concerned. Within the Church, there was no sense of competition. Charity made sense, which was precisely - charity - the opposite of competition.

If in the room next to ours where we met every week, in that bleak and run-down office in the parish building, if that room housed another association that was growing with new volunteers, we were overjoyed. Although we used to stop him, one of the members of my first Conference in Madrid, under the patronage of St. Lawrence, insisted on celebrating it by inviting us to a coffee. That dear fellow member used to say: "the Church grows through the growth of a good work, and the Good News spreads”.

The Conferences are also growing in many parts of the world. New members from Africa, America, Asia and Oceania are coming to replace the many who are gradually disappearing in Europe because of age, tiredness and, how can we not admit it: because they are attracted by the worldly. Because they are fleeing from effort in these times in which we boast of solidarity. There is no poverty, we often hear in Europe: but every day there are more elderly lonely people, more single-parent families, more sick people who are also alone. Are there no poor people? What we are building is a society that is ungrateful to itself.

But let us go back to the beginning and let us remember and feel happy about our group, about the institution to which we belong, about the Church that shelters us and leads us to the safe harbour for the protection of our souls.

In my case and in the case of my fellow members, let us rejoice that our Conferences of St. Vincent de Paul are also growing. That they have life. That they are renewed and that, as an example, we must remember that this year, we elect a new President General. Someone who will come eager to work and to remind us that we are an Institution of action as well as prayer. At the service of those who suffer.

From this exciting perspective, let me, dear readers of this monthly page, allow each of us to find our own personal formula, our own work, in which we can begin or continue to serve human beings who are suffering for whatever reason.

Always to Christ through and with Mary. 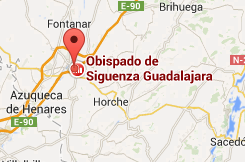 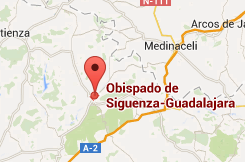